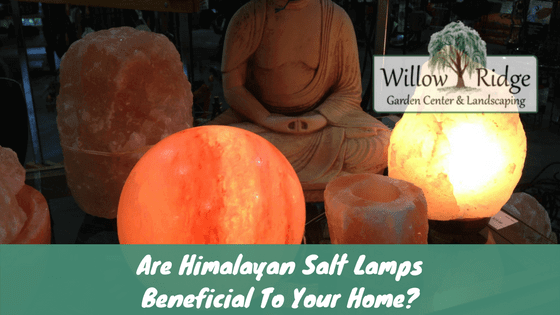 Are Himalayan Salt Lamps Beneficial For Your Home?

Are Himalayan Salt Lamps Beneficial For Your Home?

You know that warm yellow orange glow you see around a campfire at night? Himalayan Salt Lamps create those same soothing colors and feelings in your house. This is just one benefit that Himalayan Salt Lamps can bring to you and your home.  Salt lamps are large pieces of Himalayan Pink Salt (HPS) with a chamber cut into them and a small bulb placed inside. They can also be a basket full of crystals of salt. Himalayan Salt Lamps are made from 100 percent food grade Himalayan salt. If you wanted to you could shave off some of your lamp and use it to season your food. These lamps offer a warm soothing glow and may be beneficial for the air quality in your home.

Is there any scientific evidence to back up the health benefits of HPS’s? Let’s find out.
The most important health benefit attributed to HPS’s is that they produce negative ions. What is a negative ion or for that matter, a positive ion.
“An ion is an atom or molecule in which the total number of electrons is not equal to the total number of protons, giving the atom a net positive or negative electrical charge.” Negative ions are found most abundantly in nature. High sources of production of negative ions are lighting storms, ocean waves, waterfalls or the woods themselves.  However, moving water is considered to be nature’s most productive source of negative ions. This is one of the reasons people feel refreshed after a lighting storm or after a day at the beach.

WebMD explains some of the benefits of negative ions in the air:

Generally speaking, negative ions increase the flow of oxygen to the brain; resulting in higher alertness, decreased drowsiness, and more mental energy,” says Pierce J. Howard, PhD, author of The Owners Manual for the Brain: Everyday Applications from Mind Brain Research and director of research at the Center for Applied Cognitive Sciences in Charlotte, N.C.
“They also may protect against germs in the air, resulting in decreased irritation due to inhaling various particles that make you sneeze, cough, or have a throat irritation.”And for a whopping one in three of us who are sensitive to their effects, negative ions can make us feel like we are walking on air. You are one of them if you feel instantly refreshed the moment you open a window and breathe in fresh, humid air.

In addition to the negative ions produced by the salt lamps, some of the other potential benefits include:

So not only are they attractive to look at, they provide several health benefits.

Previous post Get Your Mom Roses For Mother’s Day